Benjamen A. Azah - Board of Directors Member
​President and Chief Executive Officer

Born and raised in Cameroon, Africa, Benjamen Awajia Azah is married to Judith Azah, his wife for over 20 years.  Together, they raised three children: Ayoungwe, Ataah, and Fombo.  He migrated to the United States in 1989 with the dream of improving his hometown.

Benjamen Azah is the founder, President and Chief Executive Officer of Bonazah Community Development of Africa from 2013 to present. Co-founder of Amigo Logistics Agency, a formidable partner with a worth of leadership experience.  Prior to that, he served in the United States Military as a Senior Logistician with over 19 years of federal service; 16 years in supervisory and managerial level.  He served in multiple leadership positions in the United States Military to included Senior Enlisted Advisor to the Commander, Operation and Logistics Plans Supervisor.  He worked for Atlanta Committee of Olympic Games (ACOG) during the Centennial Olympic Games in Atlanta 1996 in charge of transportation for most foreign dignitaries and managed a staff of over 350 personnel. As the Materiel Management Manager, he contributed to the United States Armed Forces and International Securities Assistance Force in Iraq and Afghanistan where he was very instrumental in the maintenance readiness and the projection of combat power throughout theater of operation.  While serving in Europe, he deployed to Kuwait where he was the Liaison Officer; coordinated personnel movement globally and synchronized departures with many Country immigration offices, Embassies, and military attachments at the United States embassies.  He was then reassigned as a Writing Instructor where he taught for two years at the Advanced Individual Training Academy in Fort Lee, Virginia.

He travelled the globe extensively and worked in many countries, to include: Cameroon, Egypt, Iraq, Kuwait, Germany, Belgium, Afghanistan, and United States.  He is a member of the following organizations; American Planner Association, The International Society of Logistics, The Association of Quartermasters, Honorable Order of Saint Martin, Board of Directors member Amigo Logistics Agency and Bonazah Community Development of Africa. He graduated from Florida Institute of Technology with a Master of Science in Logistics Management; a Bachelor of Science in City and Regional Planning, School of Architecture and Environmental Studies, California Polytechnic State University, San Luis Obispo; and an Associate of Arts from De Anza College Cupertino, California.

​Dick Metcalf was born in West Virginia and raised in western Pennsylvania, near Erie; he served in the U.S. Army for 24 years, then as a logistician and technical adviser for the Department of the Army Civilian for 18 years.  During active-duty, he served as a Chief Warrant Officer in the Ordnance Corps, responsible for huge inventory, shipment and destruction of munitions across the globe.  He graduated from Columbia College, Columbia, Missouri with an Associate in Arts degree in Business Management in the early 1980's.  His retirement from Federal service occurred in April, 2014.  Since retirement, he has stayed actively engaged in his lifelong avocation of reviewing music, and started a small business that assists musicians with technical tasks they have little time to perform.

Dick is the Communications and Technology adviser for Bonazah, also responsible for ensuring full outreach for social media and implementation of Enterprise-level collaborative databases and documentation that provide world-wide/world-class service to customers and donors across the globe.  He is totally dedicated to customer service and the greater organizational mission of ensuring the needs of poverty-stricken people are met.

Mr. Metcalf's technical skills were honed during civilian assignments in Korea, where he served as the manager for a 15-man team that ensured U.S. Army logistics and maintenance systems across Korea were operating at peak levels.  He later served as the lead for the Washington State Library effort that deployed over 250 computers to state and Native American tribal libraries with Internet services, to include special equipment packages designed to meet the requirements of the American With Disabilities Act (ADA).  You can reach Dick by emailing: ﻿﻿Dick@bocodainc.com﻿ ﻿ 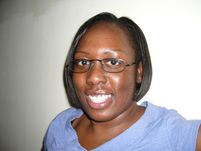 Tawanna Y. Moses is a native of Albany, GA.  She enlisted in the United States Army in June 1997 and completed Basic Combat Training at Ft. Jackson, South Carolina and Advance Individual Training at Ft. Lee, Virginia.

She has received numerous awards and decorations ranging from the Bronze Star Medal to Good Conduct Service Medal.

She is a graduate of Columbia Southern University with a Masters of Business Administration/Marketing degree and a Bachelor of Science/Business Administration degree. She currently has a Civilian Certification in Demonstrated Senior Logistician.
She is scheduled to retire from the U.S. Army on 30 June 2017 and is looking forward to being a stay at home Mom and working with Bonazah Community Development of Africa. Email: Moses@bocodainc.com 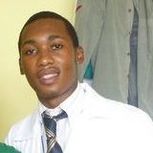 Dr. Omeichu is the second child of five children. He was born 1989 in a small village in Ngie Subdivision of the North West Region of Cameroon. His parents moved to Buea in the Southwest Region where he attended Primary school at Catholic School Great Soppo he then continued at Government Bilingual primary school (GBPS) Bafoussam when his dad a civil servant was transferred. Here he obtained his first school leaving certificate within 6 years (1999). As a young enthusiastic boy in the French region he made  lots of companions and learned the language so fast, he would always follow his mom to the market to shop and stay by her side in the kitchen, that is how he learned how to cook. His father then decided to send him to a secondary boarding school back in Ngie for two reasons; to learn the dialect and stay away from bad companies and concentrate in school.
​
In 2004 he had the Ordinary levels certificate in PSS Andek-Ngie where he was the time keeper and Education prefect. For Dr. Omeichu five years in Andek, he was the overall best student in his class and since he is a guy motivated by competition, he opted going to PSS Mankon a prestigious school where he could have strong opponents. While in Mankon, he was amongst the top 10 in class. Here he was nicknamed Santos since his peers said his names were long and difficult to pronounce and in 2006, he obtained the Advance Level certificate. Motivated by his Mom ailment and father’s architectural creativity he decided to write the entrance exams for laboratory technologist in the University of Buea. After schooling for just three months the entrance exam for the medical school of the university was launched and without hesitation he embarked on this one and passed.

He graduated from medical school, June 2014. As the Lord would have it, his first job offered came even before graduation; he was employed by PAMOL PLANTATION as a medical officer of the Lobe Estate Hospital and later transfer to the Ndian Estate Hospital. No long after being there he was employed by the Catholic Health-center in Ndop. His current job is with the government stationed in Mamfe District Hospital where he now works as a medical office and coordinator of the HIV/AIDS and Tuberculosis treatment center. You may reach by email: Omeichu@bocodainc.com Born and raised in Brooklyn, New York, Raquel Villalona aspired to pursue higher education and a better life for her family.  She has a daughter named Rachael.  She graduated from St. John’s University, Jamaica, New York with Bachelors of Science 2004 and Master of Arts 2005.  A combined Degree, BS/MA, Criminal Justine/Sociology.  Additional honors as President of Alpha Phi Sigma National Honor Society.

Raquel is the Co-Secretary-General Bonazah Community Development of Africa, October 2015 to present.  She is a great asset to the team, motivated, hard-working, and passionate about the organization goals. Pursuing Post Doctorate Degree in Sociology specializing in Women’s Studies and an online College Instructor for Airmen and Soldiers with Central Texas College, 2013 to present: Curricula taught include Crime Prevention, Crime in America.  Introduction to Gangs and gang infiltration of the Military, Investigation of Sexual Abuse, Juvenile Justice System, Drug recognition for law Enforcement and many more.

Joined Active Military 2011, as a Chemical Equipment Repairer, Chemical Defense Specialist and Human Resource Specialist.  Prior to enlisting in the military served as New York City Police Officer assigned to the patrol unit in Bushwick, Brooklyn.  Bilingual in English and Spanish. Email: Raquel@bocodainc.com

George Eyakoh - Board of Directors Member
​Treasurer and Community Outreach

GEORGE EYAKOH has been a board member with Bonazah Community Development of Africa, July, 2013 to present. He have been very instrumental to the team and putting the organizational goals first.

​He migrated to the United State in quest for more knowledge from Cameroon, Africa. Graduated secondary education at Government High School Andek and moved to Cameroon College of Arts, Science and Technology Bambili for higher education.  Being motivated by the agricultural background of the family (cattle farming) and aspiring for a career, he seek admission with the National Center for Animal Husbandry and Veterinary training where he graduated in 2006 as a Vet-Tech.

He is experienced in management of agricultural and animal production activities including health, nutrition and marketing. He had worked with Ropapharms USA, LLC Rock Island. IL, Chipman Farm, Harlan IA, Abrapharm Ltd Douala-Cameroon and MINEPIA-NWR-Cameroon. He has been national and Iowa state PAS member, treasurer, Alpha sigma mu, member Phi theta kappa and had been very involve with developmental activities within his community. Email: George@bocodainc.com

Veronica Fontama
Board of Directors Member

Kingsley Ayabi Inyiakod - Staff Member
​Coordinator - Europe
​
​Kingsley was born and raised in Ajei, one of the nineteen villages in Ngie Sub Division. Being a rural environment, he has always taken part in every activity and fully understands the difficulties in the functioning of such an environment.

Kingsley obtained his First School Leaving Certificate in 2000 from Government Primary School Ajei and moved to PHS Andek in the same year for secondary education. In 2005 he obtained his GCE ordinary level certificate in science and social sciences from the later institution. In quest for a new study environment, he enrolled into Cameroon Protestant College Bali from where he obtained his GCE advance level certificate in 2007. Kingsley later got admission into the University of Buea in the Southwest Region of Cameroon. He successfully completed his studies with a Bachelor of Science honour in Microbiology in 2011. With so much interest in human health from the early days in primary school, 2011 was the turning point in his career.

Upon graduation from the University, he had a temporal teaching job in Ngusi, another rural area in the Southwest region. Being part of the community as usual, he kept thinking of possible ways to hugely contribute to the welfare of the population in that community that was mainly farmers. He has to turn his back on the almost achieved interest due to newer concern of the starving population despite the numerous efforts they invested in agriculture. ​Kingsley then moved to Germany in search of knowledge where he was enrolled into the University of Hohenheim and in 2016, he graduated with a Master of Science in Environmental Protection and Agricultural Food Production. Email: kingsley@bocodainc.com


​Minette@bocodainc.com
The Board of Directors of the Corporation shall be elected or appointed. Each directors shall hold office for two years unless duly removed as prescribed in Article III of the Bylaws. Each director must be reelected by the affirmative vote of majority of the current directors.